Apart from playing an active role in promotion and development of Business and Industry, Thrissur Chamber of Commerce is actively involved in the Educational, Cultural, Literary and Social activities of the town.

The city of Thrishivaperoor, later shortened to Thrissur, was founded in the last decade of eighteenth century by the King of Kochi, Sakthan Thampuran, as a new capital for his nation. Free from the influence of European invaders, he set in stone a city to guide his nation to bright future. One of his first acts as king in Thrissur was to develop the city as a trading hub. For this he raised canals connecting Thrissur with Kochi and the Arabian Sea and brought in traders from the suburbs to settle in the city. Since then trade has provided the economic base for the city and have been the key driver for growth. There was a time when Thrissur had more banks than Bombay reflecting the impact trade once had in the city. Thrissur has also developed as a tourist and cultural destination hosting the international renowned Thrissur Pooram annually. But Thrissur Pooram owes a large deal of its success to the trade fair tied with the event thereby exemplifying the importance of commerce in Thrissur.

Chamber of Commerce had to face innumerable problems and hardships in it starting from the year 1950 onwards. In its history in upholding and protecting the just and equitable rights and demands of the business community of Thrissur town and surroundings. The unforgettable struggle was the historical 54 days Bazaar strike in 1980 to fight against the unjust and militant attitude of the loading and unloading workers, which almost made it impossible to run any business in the Bazaar. The legendary struggle resulted in the formation of a statewide organization named Kerala Vyapari Vyavasai Ekopana Samithi (KVVES) with its registered office in the premises of the Chamber of Commerce and the President and Secretary of the chamber of Commerce were its first office bearers. 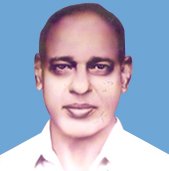 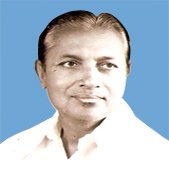 He was the founder Secretary of the Chamber of Commerce in 1949. He was in the office as Secretary during the period from 1949 to 1955 and again from 1976 to 1978. He became the President of Chamber in 1979 and continued as such till his death on 10.1. 1993. It was a golden period for the chamber and many social, economic, Educational and cultural activities taken place during his tenure. He was the founder president of KVVES. He successfully organized the entire business community of Kerala under the banner of KVVES. He was well known for simplicity, originating pleasing ideas and dynamism in activities. Chamber of Commerce Conduct ‘C.M. George day’ on the 10th day of January every year.

He was the Secretary of Chamber of Commerce in 1980, and again from 1985 to 1993. He became the President of Chamber in 1993 and continued till his death on 21st November 2000. He was the founder General Secretary of Kerala Vypari Vyvasai Ekopana Samithi. During the term of General Secreatary of KVVES, M.O. John extensively travelled throughout Kerala to buildup and strengthen the organization. He was popularly known as the “Bhishmacharya” among his colleagues and friends in the business and industrial sector. For solving the issues and problems, M.O. John has powerfully raised his voice and has actively involved everywhere for building up a healthy organization..

Incidentally, Kerala Vyapari Vyavasai Ekopana Samithi, with more than 5 lakhs members, is today the largest organized movement of the business community of the country.21st November of every year is celebrated as M.O. John day.

Affiliation of Chamber Of Commerce

Representation of Chamber of Commerce